What does freedom mean?

Does it mean freedom from coercion and slavery? The right to be free of all bonds and chains?

For VIR India, it is a privilege. A privilege that we are able to afford today because of the valiant efforts of freedom fighters 71 years ago, and the bravery displayed by our very own armed forces every single day. VIR India is a client of AgilizTech, an organization commenced with the aim of serving those who serve the nation. AgilizTech, on the occasion of the 72nd Indian Independence Day had organized a Fireside Chat with the team to talk about freedom, independence and their laudable initiative for the Indian Army.

The VIR India team, consisting of Mr. MC Ram Mohan – Founder, Mrs. Aparna Goenka – Vice President, and Ms. Tharuni Priyadarshini – Director, visited our premises for an interactive session with the AgilizTech team. They explained how VIR India was founded in 2015 with the intent of giving back to the Armed and Paramilitary Forces, the respect they deserve. They do this by providing the armed forces community with the VIR Honour Membership, which enables them to avail exclusive offers and discounts on household articles, groceries, electronic gadgets and more at select partner retail outlets, and online platforms.

In the long run they plan to provide additional services such as banking (enabling the beneficiaries to easily apply and obtain credit cards), insurance (for vehicle, home and medical needs), education (for children of fallen comrades), and placement services (upskilling and re-skilling facilities to help them maximize their potential and have a stable income), among others. VIR India also plans to tie up with corporates to take this up as a CSR activity and widen their reach. 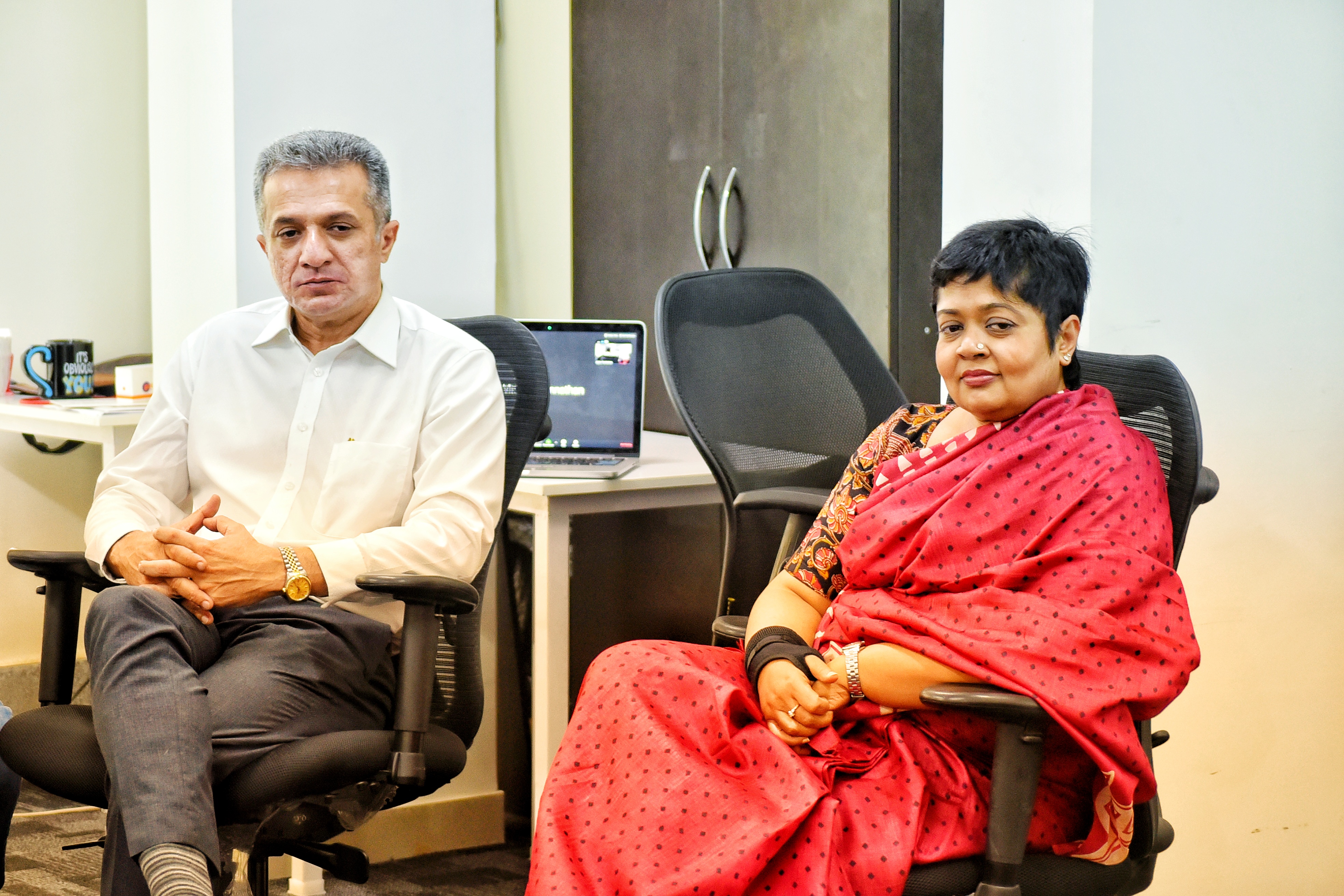 We also had a Q&A session wherein the audience could pose questions and learn more about VIR India. One of the questions posed was an instance of customer delight wherein an army person had benefited from using the VIR India services. Ms Aparna Goenka told us of one of the orders by an army officer stationed in Kashmir who wanted to send flowers to his mother living down south. He used the VIR India services for that and expressed his happiness at being able to be there for her, even while he was serving his country. That was a special moment for the team, as it showed the power of this initiative.

Another question raised was on how VIR India will cater to the needs of those member families who are not digitally savvy and can’t use the mobile and web apps. Ms Aparna and Mr Ram Mohan explained that these days Jawans are more adept at using technology and hence can easily use the VIR India platform to fulfill their family’s needs. Since a section of society is still not well versed with tech, they plan to open call centers where users can call and communicate their needs. They started with the apps first and are slowly looking out for other avenues to reach a wider audience.

The interactive session helped us to understand how users were being benefited and also their roadmap to reach a wider audience in the future.

VIR India is not just a venture, it is a movement aimed to honor, respect and give back to those who lay down their lives for the nation. We, as civilians, are bound to help these brave souls securely and easily integrate back with the society once their service term ends. We can do this by sharing the inspirational work being done by VIR India, and ensure that this initiative is spread virally for maximum exposure.

Let’s support this movement and make sure that the VIRs are made aware of this initiative and are able to reap its benefits.